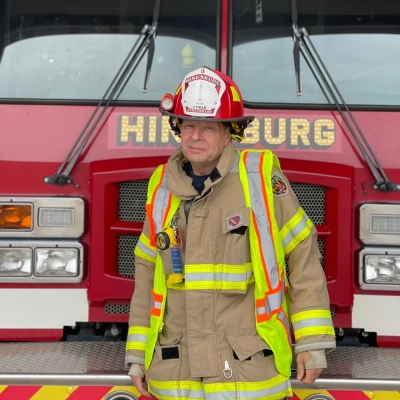 Good Luck John LymanWe want to give a tremendous congratulations and thank you to Lieutenant John Lyman, upon his retirement from the Hinesburg Fire Department on June 1. Lt Lyman has served the Depar...
➠
May 2022
Call LogThere were 23 medical calls and 15 persons transported.Apr 3 9:32am Fire alarm, 10212 Rte. 116 Kinney Drugs. Unknown causeApr 5 5:09pm Gas spill into a brook on Hemlock Rd St George. A residen...
➠
April 2022 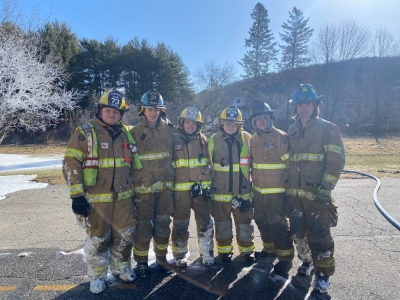 Joint Department TrainingOn April 2nd, members of the Hinesburg and Charlotte Fire Departments held a joint pump operations training in Charlotte. Senior firefighters, under the direction of the Charl...
➠
March 2022
Congratulations EMT Katie Charbonneau for being named by WOKO as one of Hannaford’s Supermarkets Twenty Outstanding Women.FF/EMT Silas Crawford on his completion of the Police Academy. Silas has...
➠
Fire Deptartment History

What is the Hinesburg Fire Department? What does it stand for?

The Hinesburg Fire Department (HFD) was started by a group of volunteers in 1943. The volunteers wanted to protect their fellow neighbors and friends from the destruction of fires. Because there was no fire department in Hinesburg after some large fires at Economeau Cheese, the owner signed a contract for fire protection with Burlington Fire Department. That contract motivated volunteers to form the Hinesburg Firemen’s Association (Association) which evolved into today's Hinesburg Fire Department.  At that time, the Selectboard appointed Charlie LaBelle as the first Chief.  He served until 1959, at which time Kenneth Mashia was appointed as Chief and served until 1967.

The Association’s first goal was to purchase a pumper truck and building to house it.  The building, which stills stands today, was built next to the canal across from where eventually would be the Saputo cheese plant.  It was constructed using hand sawn lumber to house the first pumper, a 1945 Ford.  In 1956, a second bay was added for the newly acquired 1500 gallon water tanker, the very first in the area.

When the Department started, there was no 911 or paging system.  When there was a fire, a call was placed to a special number which would ring in 20 places simultaneously, one of which was Lantman’s Store. The Lantman's Store line would trigger the siren on the roof of the station.  Since not all the volunteers lived in the village area, when the siren sounded, a phone tree was also started to call each member individually.  This method was used for many years and served the public well, until the late '80s.

As the town population grew, and more houses were built, it became evident to the volunteers that additional apparatus and a radio communications system – mostly portable radios -- were needed to help protect the town.  This also meant a larger station.  In 1972, Bernard Giroux, Chief from 1967 to 1999, spearheaded the fundraising effort to build a new station.   Through the efforts and hard work of the volunteers, and support of the town, the funds were raised.  The building was constructed by volunteers of Association members, community members and Selectboard.

Since the initial construction, there have been two additions.  The first, in the mid '70s, added storage rooms and a small kitchen area with a service window to the apparatus bays.  In 2000, it was realized that more space was needed for meeting and training, as well as a storage room for medical supplies.  In 2001, the second addition – current meeting room, office, and display garage was built.  A new kitchen area was included in the meeting room.  The existing kitchen room was renovated for the medical supplies. The cost of both additions were covered by the fundraising efforts of, and built by, Association volunteer members and community members.

In 1986 the Association again realized that the town needed to solve a growing problem, with no town funds available to meet the need.     More and more houses were being built on roads and driveways not accessible by larger fire trucks. Under the direction of Chief Giroux, the Association purchased a Ford one ton chassis and proceeded to build a special mini attack pumper designed especially for that task. The truck when completed was given to the Fire Department by the Association. In 2003 the Association purchased its replacement, in service today as Engine 3, giving the new truck to the town.

Over the years, the fire service expanded to more than putting out fires.  Area Departments were responding to more accidents.  With the amount of traffic using Rte. 116 through town, and the increase in motor vehicle crashes, the need arose for a heavy rescue vehicle.  This vehicle would respond to crashes and carry specialized equipment such as the Jaws of Life and heavy duty cutters for patient extrication.  In 1998, HFD took delivery of an E-One Rescue Truck. This apparatus was made possible by a generous donation by Dr. Wainer.  The apparatus call sign was 1R1 and was dedicated as the Wainer Heavy Rescue.  This vehicle served the Department and Town until 2016.  It is still in service today, having been purchased by a small fire department in Nebraska.

Fire departments have also expanded into providing medical service.  Being a rural town with no ambulance, the volunteers found it necessary to be able to provide medical assistance to the town until an ambulance could arrive.  In the late 1970’s, the Hinesburg Fire Department with a group of concerned citizens from Hinesburg, St. George and Williston helped form Iroquois First Response (IFR).

IFR was made up of members from Hinesburg, Williston and St. George that saw the need for quicker responses to medical emergencies than what was currently available.  They became certified as Emergency Medical Technicians and responded to calls within the tri-town area.  Saint Michael’s College was the primary response ambulance service for the area.

IFR responded to calls in the three towns until late 2000.  At that time, the number of calls had increased significantly, and the number of back to back calls, sometimes at either end of the response area, was becoming more common.  Hinesburg, Williston and Iroquois Officers determined IFR would be disbanded, and Hinesburg and Williston Departments would start responding to medical calls in their respective towns with St. George becoming part of Hinesburg's response.

In 2000, when Hinesburg Fire took over first response EMT’s would sign up for overnight shifts, carrying jump kits, an automatic electronic defibrillator (AED) and IV bag with them.  At the end of a shift, the member would drop the AED and IV equipment at the station to be picked up by the next shift.

In 2001, the Association purchased a 2000 Dodge Durango.  It was purchased with Association funds and donated to the Fire Department. This became Med 100, our emergency medical response vehicle.  This was replaced in 2012 with our current vehicle.

In 1999, the Selectboard appointed Alton Barber as Chief.  With the efforts and guidance of Chief Barber, the Department has continued to grow, upgrading our apparatus and equipment to keep up with the newer technology.

The dedicated group of volunteers are there 24/7/365.  We respond when heavy rains cause flooding and your friends and neighbors need help to bring them to a safe dry place.  We are there when the heavy snow causes power outages on the back roads and go door to door to make sure you have heat and food. We are there when a friend or loved one has been injured or needs medical assistance.  We are at the schools to provide education to our children. We are there to provide CPR classes for the town’s people.  Oh yeah!   We also put out fires.

HFD currently boasts over 50 volunteer members ranging from cadets who are currently in high school, to senior members and officers with over 50 years’ experience.   We respond to over 400 calls per year and are at the station every Wednesday for training.  Our weekly trainings are open to anyone who would like to come by and observe what we do.

Be careful with outdoor burning.  Keep piles away from structures and low hanging branches.

Please do not forget to call for a burn permit. 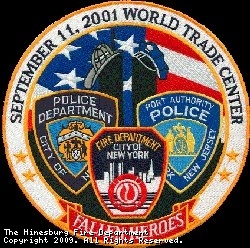 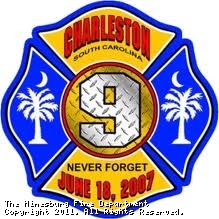 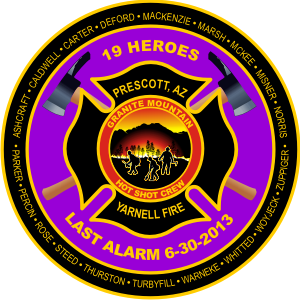 This site has been viewed 163,738 times.
Calls
News
Pictures
Apparatus
Maintained by the members and staff of Hinesburg Fire Department. Designated trademarks and brands are the property of their respective owners. Copyright © 2006-2022. YourFirstDue Inc. All Rights Reserved. Content on this web site is supplied by Hinesburg Fire Department. YourFirstDue Inc. cannot be held responsible or liable for any content, text, pictures, or any other media found on this web site.
Management login
Powered by